MySandwell, our phone lines and payments will be unavailable on Saturday 11 February and Sunday 12 February.

Normal service will resume at 8am on Monday 13 February. Essential maintenance means we will be unable to process MySandwell requests or payments online or by phone during this time.

Our gritting crew are now on 24 hour call from mid-November until the end of March - ready to go out whenever we need them, night or day.

Last winter, (2021/22) our gritting crews completed 38 runs and used around 1,445 tonnes of salt on Sandwell's roads. They covered around 9,000 miles - that's the distance from Sandwell to Australia. Around 1,800 tonnes was used in grit bins and on footpaths.

We've named our gritting trucks with the help of the public and council staff and they all have names unique to Sandwell. Some of them have even been named after famous faces.

So if you're out and about once temperatures fall in winter, look out for the trucks and give them a wave. Can you spot every single one? You're also welcome to take photos of them - as long as it's safe and you're not driving at the time. 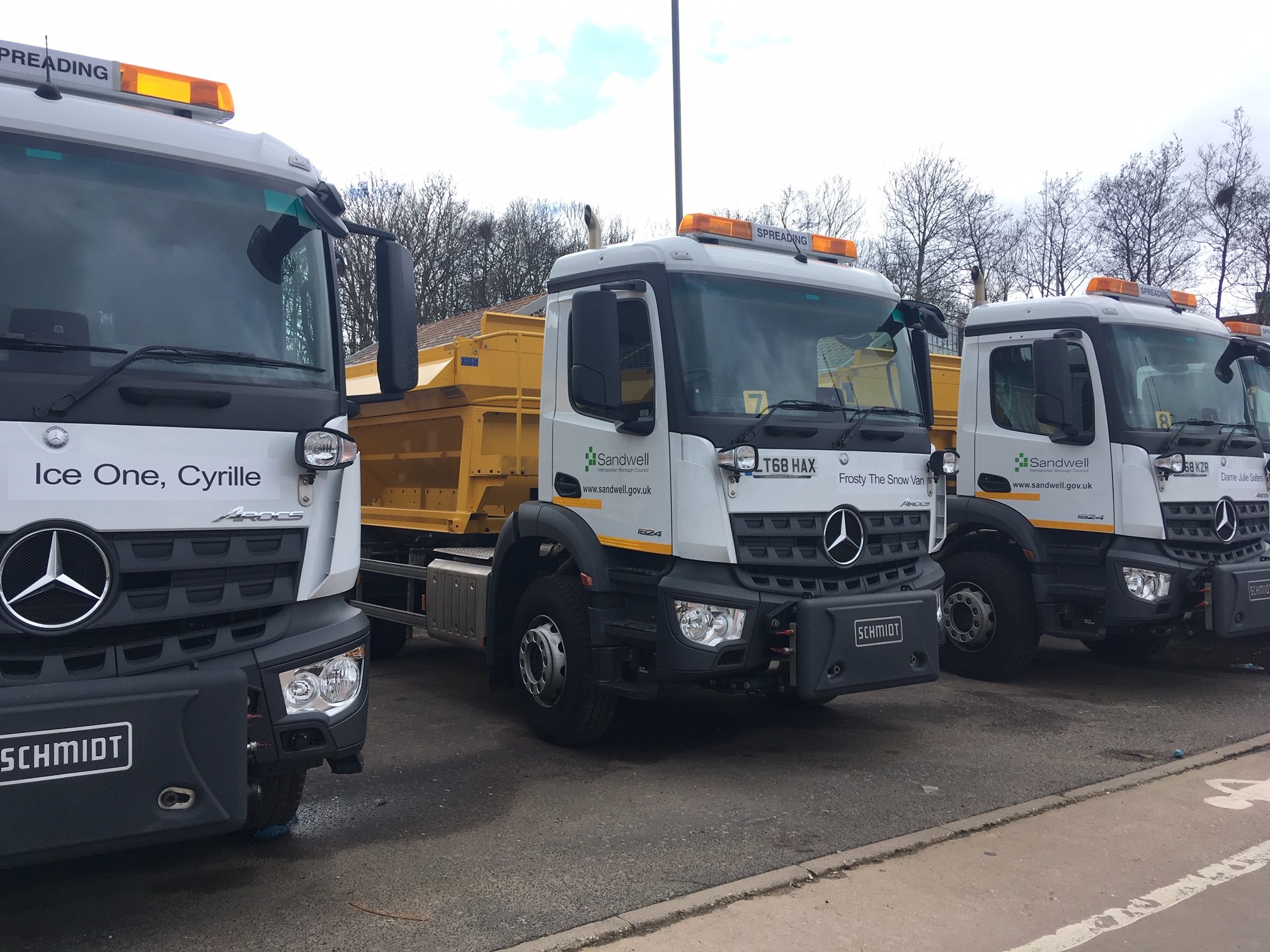 In winter 2019/20 they went out 43 times using 1,023 tonnes of grit - that's covering a distance from Sandwell to South Korea and back again, and we used a total of 1,398 tonnes including the grit we put down on pavements and in town centre.