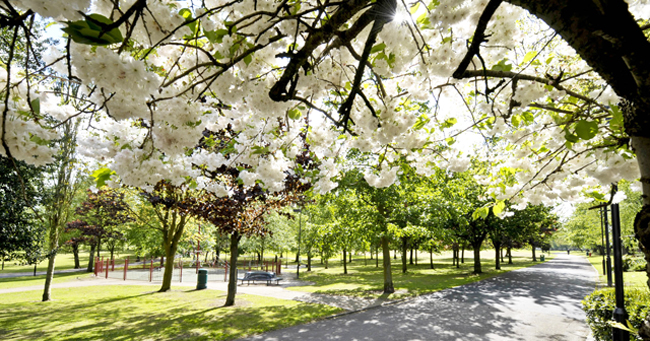 We're proud to have 14 Green Flag-awarded parks and green spaces in Sandwell.

Green Flags are awarded by Keep Britain Tidy to parks and open spaces that are well looked after and look great. There are more than 2,100 nationwide and more than 130 in other countries around the world.

Sandwell's list includes a park in each of the six towns, a cemetery and a crematorium, as well as Sandwell Valley Country Park and community-run Warley Woods.

Thanks to all the volunteers, friends and community groups, council staff, waste partner Serco and other partner organisations for helping keep our parks and green spaces clean, tidy and well used.

The awards set the benchmark standard for their management across the United Kingdom and around the world.