The Safer Sandwell Partnership Police and Crime Board which consists of Sandwell Council, West Midlands Police and other organisations in the community has made tackling and eradiating hate crime a key priority.

What is hate crime?

A hate crime is any criminal offence which is perceived by the victim or any other person, to be motivated by hostility or prejudice towards a person based on their:

What are the effects of hate crime?

What can I do about hate crime?

It is important to report a hate crime that you have been the victim of or witnessed. By reporting, you are taking action to stamp out hate crime in Sandwell.

Your report will be taken seriously and can help stop the perpetrator from doing this again. It will provide the police with information that will help them to protect everyone in Sandwell from hate crime. When a criminal offence is classed as a hate crime, courts in England and Wales have the power to give tougher sentences to the perpetrator. Also, by reporting, victims can get access to specialised support and advice that will help them to feel safe once more.

If you have witnessed a hate crime, it can also be helpful to a victim to speak to them in a friendly manner and make them feel reassured if it is safe to do so. This can show the victim they are not alone and might make them feel safer.

How do I report a hate crime?

There are many ways for victims and witnesses to report a hate crime:

In an emergency whereby you believe you or someone else in in immediate danger or at risk of harm, call the police on 999
In a non-emergency, you can report a hate crime by calling the police on 101

You can pass on information about hate crime offenders by calling Crimestoppers on 0800 555 111. This is anonymous and you will not be asked for your personal details.

You can report non-emergency incidents through the West Midlands Police website.

Hate crime can be reported anonymously by visiting the Crimestoppers website.

You can also report hate crime on the True Vision website anonymously.

Another way to report is by by downloading the West Midlands Police hate crime reporting app: App Store / Google Play

If you feel you or your family are in immediate danger, call the police on 999.

Third Party Reporting Centres are places within the community where you can report a hate crime confidentially whether you are a victim or witness, if you do not want to report directly to the police. They are trained on dealing with reports of hate crime and can help you get the support that you may need after experiencing or witnessing a hate crime. Below is a list of Third Party Reporting Centres in Sandwell.

All of our Sandwell Libraries are also Third Party Reporting Centres.

In Sandwell, the Safer Sandwell Partnership takes a robust stance against all forms of hate crime to ensure that Sandwell is a welcoming and safe place for all. As part of our work, we aim to raise awareness of hate crime amongst all members of the community including young people.

A hate crime lesson plan has been developed for teachers and school liaison officers (SLOs) which can be used in classroom settings in secondary schools to deliver a comprehensive 1-hour lesson on the topic of hate crime. It is anticipated that upon the delivery of this, students will learn and have a greater understanding of:

The Safer Sandwell Partnership held a competition for young people in Sandwell, which launched during National Hate Crime Awareness Week 2021, to raise awareness of hate crime.

We asked young people to produce a poem or piece of artwork about hate crime.

Both Aimee and George are students at Q3 Academy in Great Barr. Here are their winning entries: 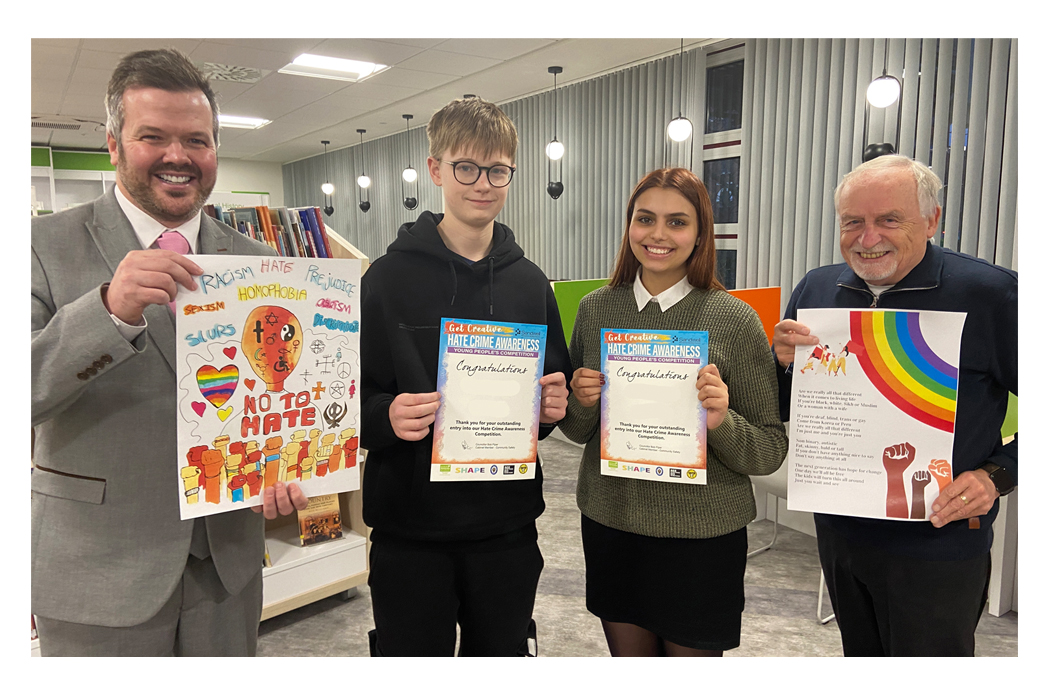 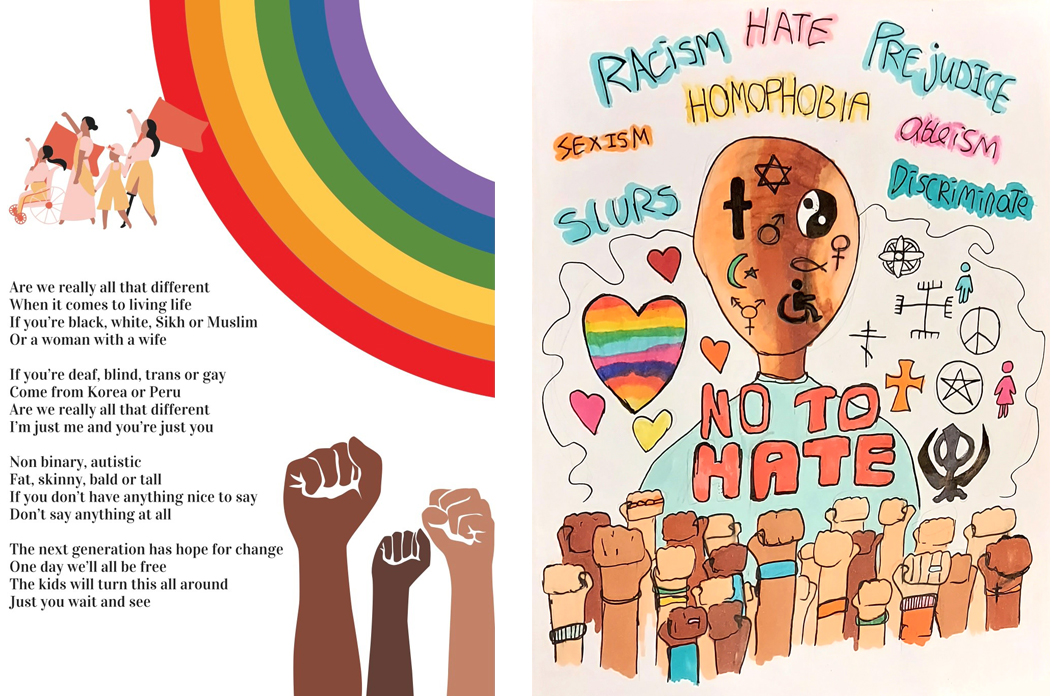