Where is Sandwell? | Sandwell Council 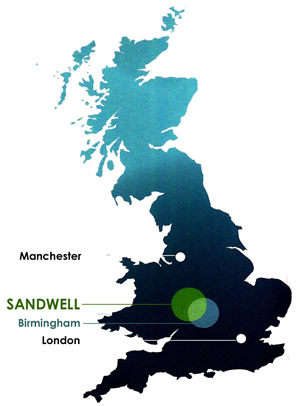 Sandwell is a metropolitan borough in the Black Country, which is made up of six towns - Oldbury, Rowley Regis, Smethwick, Tipton, Wednesbury and West Bromwich.

The borough has excellent access to the national motorway network with five junctions feeding in to the M5 and M6 motorways serving the South West, South East and North West regions of the UK.

Sandwell also benefits from a mainline train station - Sandwell and Dudley and the Midland Metro.