Safer 6 in your town

Organisations target their efforts and provide extra reassurance as the nights draw in – a time when crime and anti-social behaviour can often rise.

This builds on their close work together day in, day out throughout the year through the Safer Sandwell Partnership to make Sandwell a safer and 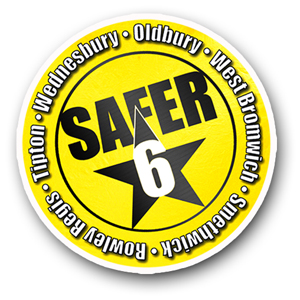 Read a round-up of the results so far from this year's campaign. This is just a snapshot as results are still coming in.

Each town had a focus week with activities and events:

The key themes of this year's campaign were:

Email the Safer 6 team at safer_6@sandwell.gov.uk for more information.

We also have lots of health advice, including advice and support about drug and alcohol misuse.

Find out more about online abuse and harassment

Pages in "Safer 6 in your town"