The 17-year-old has been boxing since the age of eight, and began his competitive career at Warley Amateur Boxing Club when he was 11.

Amaan said: “Training at Warley has offered me many opportunities, including being able to travel all around the country to box.”

In his short career Amaan has consolidated his achievements, beating Aneek Hushan to win in the Male Youth, Under-51kg category at the England Boxing National Youth Championships 2022 in February, to become number one in the country.

Amaan said: “This is my biggest achievement to date. None of this would have been possible without being consistent in my training and being committed to the sport of boxing.

“Since this achievement I'm now able to represent England as a boxer against Wales and Scotland in the GB Three Nations competition in Barnsley in June. If I win at this competition I hope to become number one in Great Britain.”

Amaan puts his success down to a mixture of talent and determination, backed by the coaches and team at Warley Amateur Boxing Club. He said: “They showed immense commitment towards me, and this continues with their support and guidance, which have enabled me to reach my current level.”

Amaan hopes that his success will demonstrate to other young people in Sandwell what personal motivation and support from a team like Warley Amateur Boxing Club can achieve. He hopes to be a role model for other young boxers, helping them to strive towards their goals. 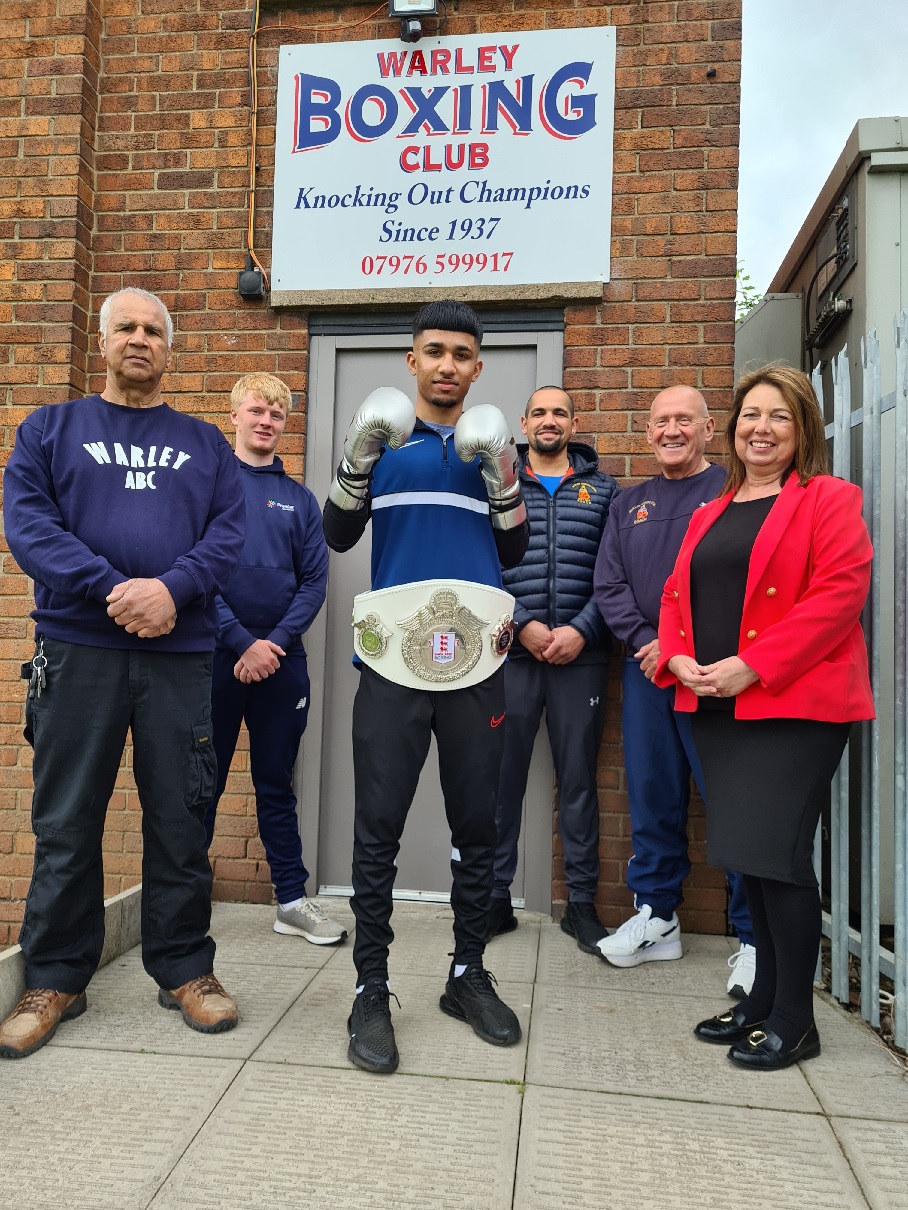 Councillor Kerrie Carmichael, Leader of Sandwell Council, said: “Amaan is an inspiration to everyone. His focus, drive and talent – combined with the support and coaching from the team at Warley Amateur Boxing Club – show what can be achieved with ability, dedication and ambition.

“We want all young people in Sandwell to have the ambition of Amaan, and for the borough to be a place where people live well, age well and achieve their goals.”