Councillors, council staff and faith leaders joined together to observe a one-minute silence in Sir David’s memory in the Civic Square outside the Council House.

"We are gathered together this evening to pay tributes to Sir David Amess MP.

"His tragic death has caused shockwaves across the political spectrum and the country.  As politicians, it is fully understood the need to be accessible to the public, helping and supporting constituents, but never at the cost of a life.

"David was a highly respected Member of Parliament, championing many causes since being elected in 1983.

“On behalf of the Borough of Sandwell and all its residents, I offer my deepest condolences to Sir David’s family and friends, and assure them of our thoughts and solidarity from all members of our communities during this difficult time”. 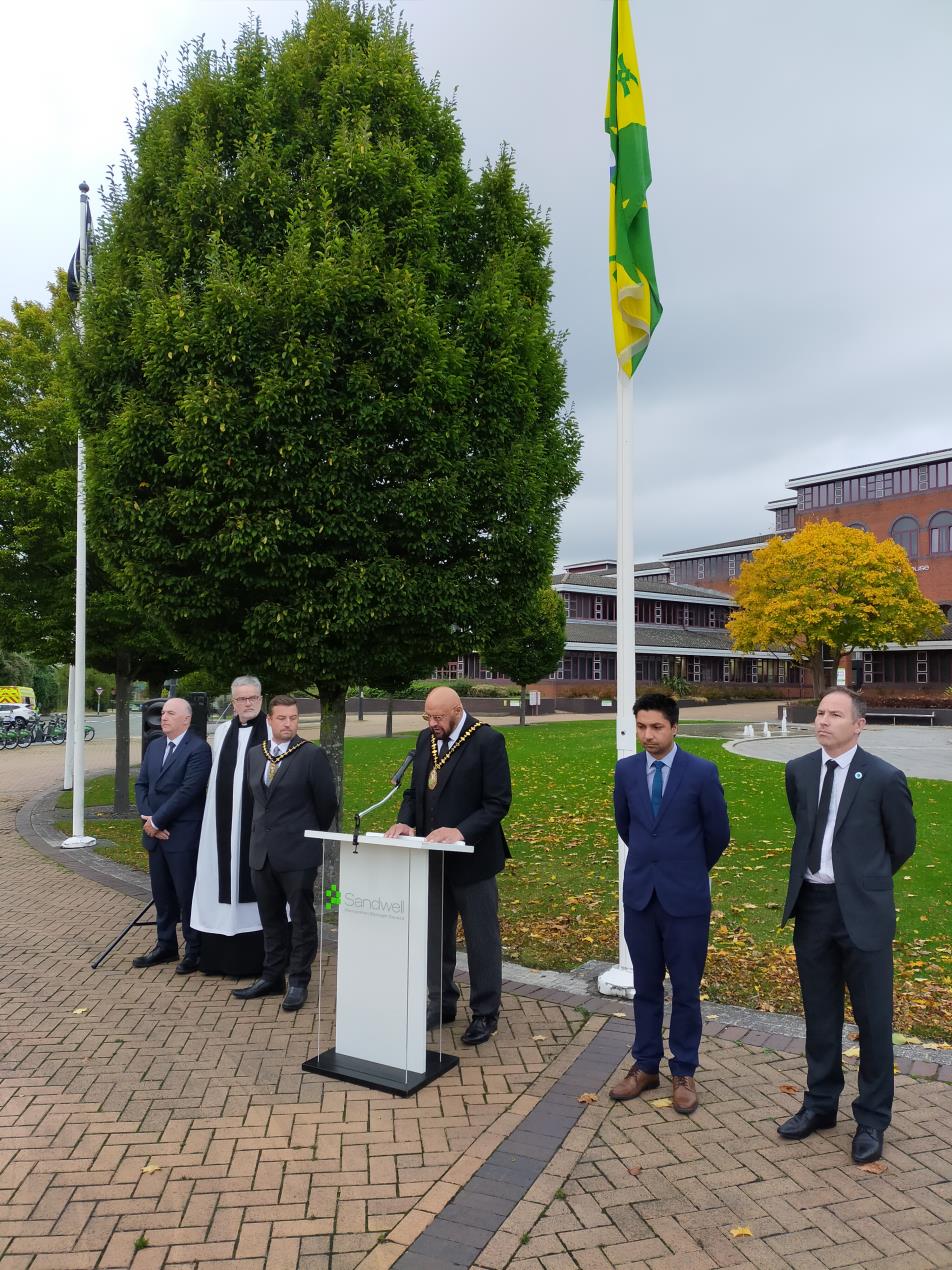 “We are joining this evening in our sorrow at the loss of Sir David Amess. His dedication and service was an example to all, and the tributes we have heard in the past few days from those who knew him show how loved and respected he was.

"He will be remembered for how he lived and worked and we will honour his memory in Sandwell.

"This is a time to come together to acknowledge the work that politicians of all parties do and the part we play in making our communities better.

"Our thoughts are with his friends and family this evening.” 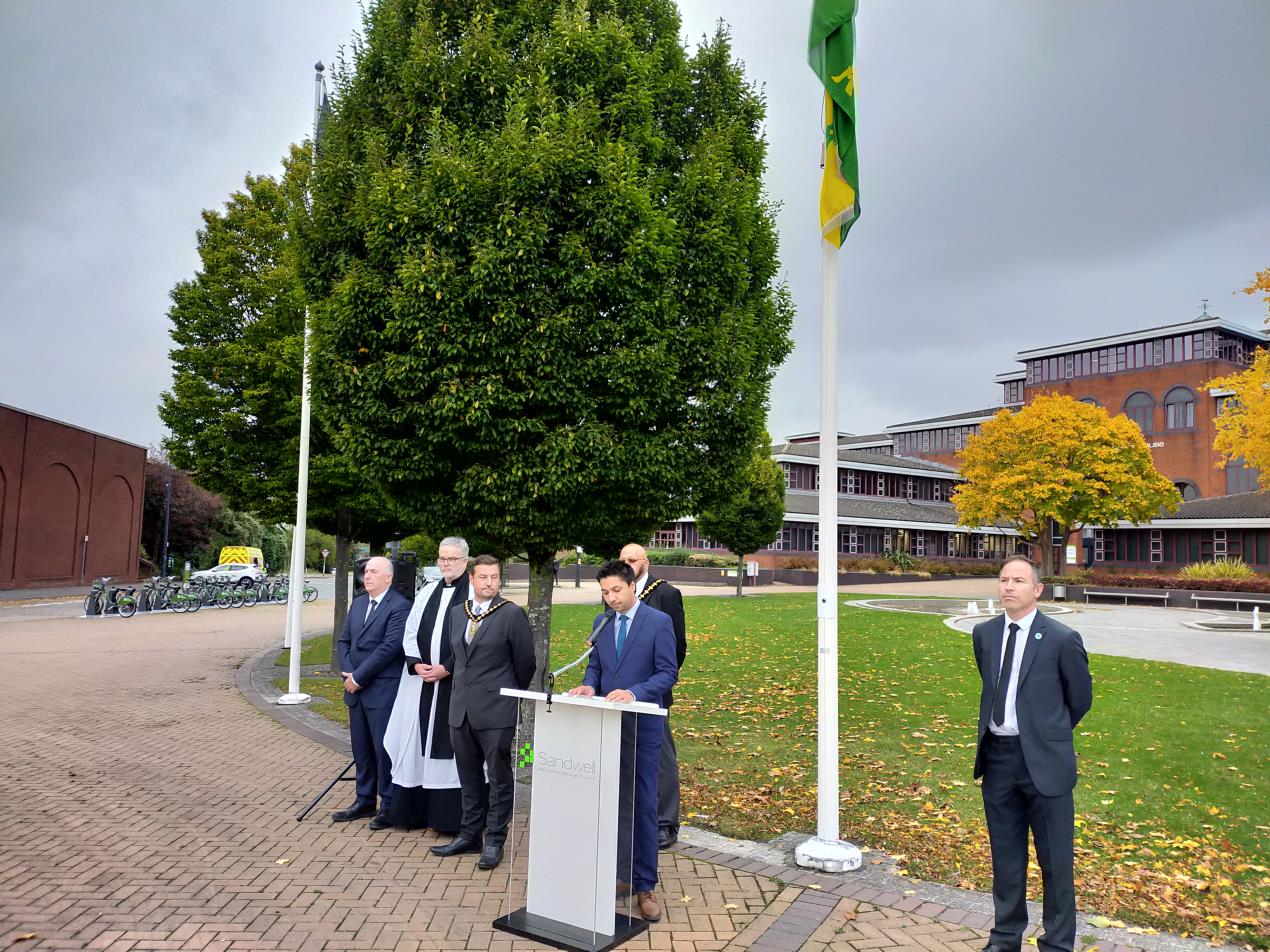 “We come together this evening to remember and respect Sir David Amess, a hard working public servant for nearly 40 years, who was horrifically murdered whilst holding a surgery in his constituency in Southend.

“I only briefly met Sir David once, this was at the Conservative party conference a few weeks ago. Sir David was a witty and funny man, and this is how I personally will remember him.

“David was a genuine guy and went the extra mile to make sure the residents he represented were heard. Sir David supported members of all parties and senior members of Parliament would often ask Sir David for advice. Sir David passed legislation on animal welfare and fuel poverty to name just two topics.

“In a recent memoir, Sir David called surgeries a part of ‘The great British tradition of the people openly meeting their elected politicians"’

“Sir David was a devoted Christian and upheld the Christian heritage of this country. He leaves behind his wife Julia and five children and we all pray for them.” 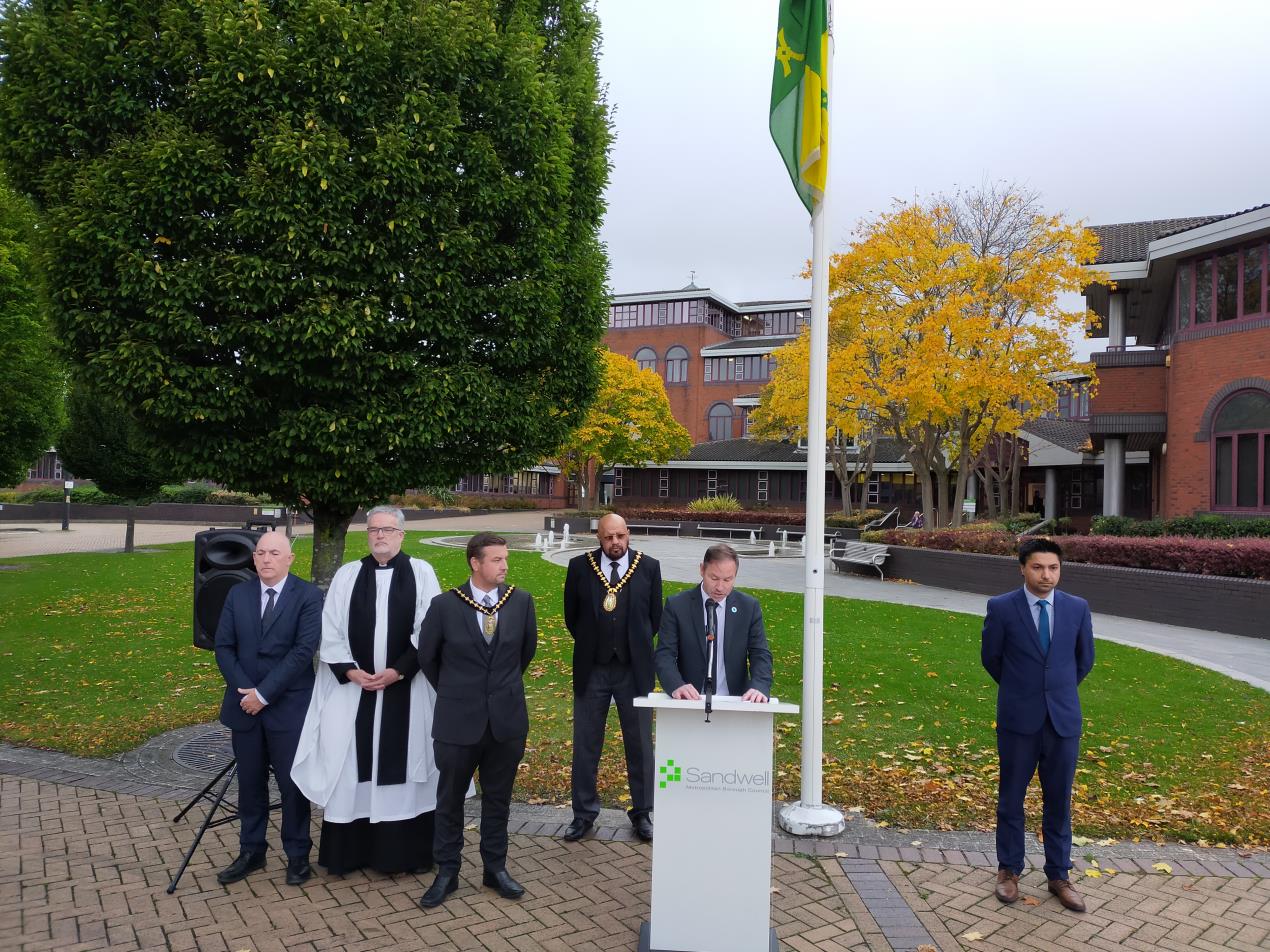