Tributes paid to Honorary Freeman and former Mayor of Sandwell Tributes have been paid to Honorary Freeman of Sandwell and former Mayor John Sullivan, who has died aged 90.

The former Sandwell Councillor and Alderman passed away last week.

John, who was the fifth child of seven born into the family, had four sisters and two brothers. He was a toolmaker and worked in various local factories until his retirement in 1996, enabling him to give more time to his work as a councillor.

John was a councillor for the Langley ward for 30 years from 1974 to 2004 and previously represented the Rounds Green ward on the former Warley County Borough Council.

In 1992-93, he served as Mayor of Sandwell with his niece Maureen Kerton as Mayoress and then became an Honorary Alderman in 2005 following his retirement as a councillor. John was then given the title of Honorary Freeman in 2007.

The Sandwell flag at the Council House in Oldbury has been lowered in a mark of respect to Honorary Freeman John Sullivan. 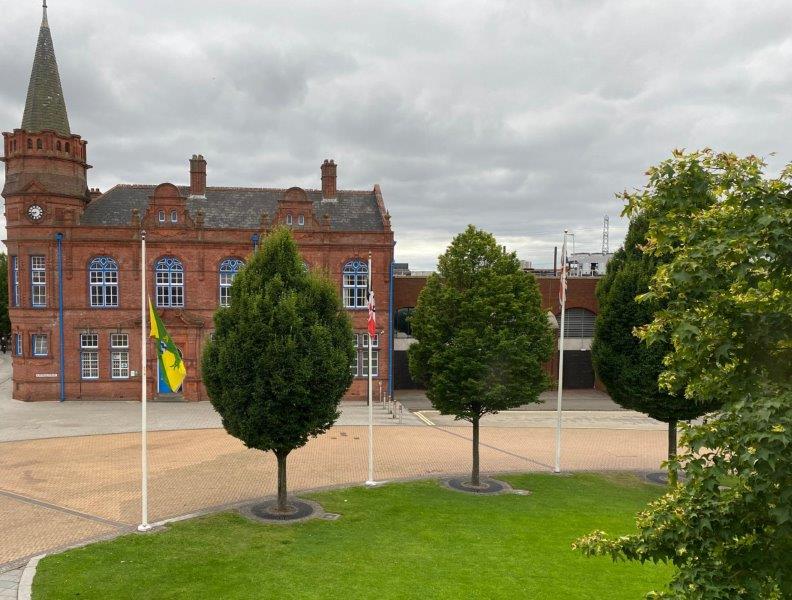 Sandwell Alderman Martin Prestidge, long-standing friend to John, said: "I have known John for many years and we were very close friends as well as fellow councillors.

"John gave his all to the local community and his interest in local history led him to become a founder member of the Langley Local History Society. He also supported many local organisations including Langley Brass Band and The Barlow Theatre.

"He touched many lives and will be truly missed by all who knew him."

Leader of Sandwell Council, Councillor Rajbir Singh paid tribute, saying: "I am sad to hear of the passing of Honorary Freeman John Sullivan and my thoughts are with his family at this sad time. John dedicated his life to serving his local community and was a well-known figure in Langley. He will be missed by many."

As councillor, John Sullivan made a major contribution to the work of the council especially in the area of housing. He was also Chairman of the Council from May 2001 until April 2003.