We are holding an election to put forward two candidates to represent Sandwell in the UK Youth Parliament.

We will be asking young people to vote for the candidate they want to represent them. Voters need to be age 11-18 and live study or work in Sandwell. If you are eligible to vote and there is not a ballot box in your school, you can go along to vote at any of these youth provisions:

Ballot boxes will be in selected schools and youth clubs in Sandwell.

Here are the candidates. 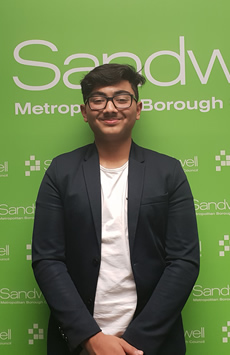 My manifesto is not only about Sandwell but youth all over the country who are uncertain about their future career choices in what they would want to become when they are older.

I believe there is a lack of support as youths need to acquire more support and assistance by teachers to improve their understanding in which occupation is right for them.

This is a very important age where we need to be guided as many of us don’t know what career path to choose.

Many youths choose the wrong career path where 3-4 years of studying maybe wasted because when they do finish their education they end up with a completely different career.

I also believe when young people find a correct occupation for their future they then boost the area’s economy where more jobs and business opportunities would be available due to the development in that area. 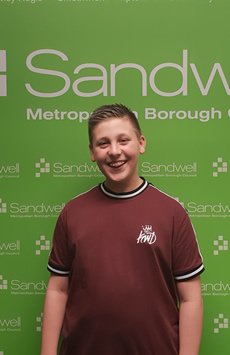 Hi, my name is Josh Jordan I am 12 years old and in year 8. I believe I am the right candidate as I have several ideas to ensure young people get a voice and I can communicate well with young people.

I have based my manifesto on a growing epidemic which is knife crime. I have done research on this which shows that gangs are responsible for 24% of stabbings in the West Midlands which is the second hotspot for knife crime.

As you can see these statistics are quite shocking and as young male growing up in the West Midlands I believe as a community and as a nation we must make a change.

A way to prevent this is installing knife arches and security members equipped with metal detectors in public places such as: train stations; schools; town centres and parks. I also have many more ideas. 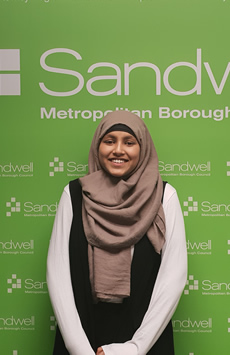 One of the biggest issues concerning teenagers is mental health. One of the main reasons for this is the stress that young people undergo in school with constant exams.

Schools deliver assemblies and talks about mental health however when the situation does arise, they do not do anything to sort it out in some apparent way.

To somewhat resolve this, I think schools should bring in people who have went through the same stress and anxiety issues to talk to students from an experienced point of view. To do this, the government must increase the funding they give to schools. They should also provide independent interventions for those who are struggling to cope within a classroom environment. 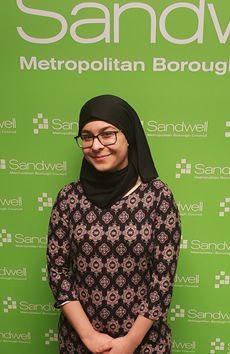 I believe the main issues that concerns Sandwell are Mental Heath and Youth Services. Firstly, 30% of mental health research is done for young people, therefore why don't we have a greater say in where the money is being spent? The funding done for Youth mental health, we believe, aren't be utilised in the most appropriate way that would benefit the Youth.

I believe that mental health of young people would be less if the youth were more aware of such facilities they can utilise. The facilitates of Youth Services also need to be developed as more appealing to the youth; opportunities that will be fulfilling for us, and where future prospects can be supported. This is only the tip of the iceberg for both these issues, if I were to be your MYP, these would be my main aims. 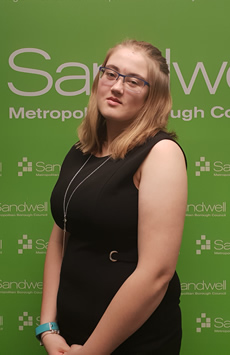 My name is Jessica and 15 years old. I live and study in Sandwell.

I am standing to be UKYP member because I want to continue the work and ideas I gained from the IWILL Campaign and help more young people.
My manifesto points are:

I want to change things for the better. It’s the natural problem solver in me. I see potential for new ideas everywhere I go. I care about the wellbeing of young people within Sandwell and the wider country and I really want to make a change. I’m kind to all I meet and have a strong voice. I would be proud to present Sandwell’s points and issues to the UKYP.I have a special interest in politics and have a unique perspective.

I would be thrilled if you choose me to represent you. 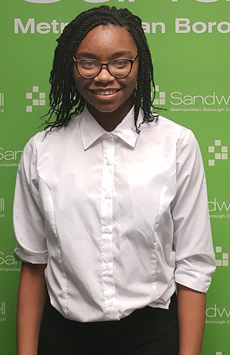 My manifesto priorities are to highlight the issues of Black and Minor Ethnic people as I feel we, and our problems within our communities, are dismissed and not cared for.

I want to prioritise on the education of the mentally ill/disabled and the effects it has on families and/or carers, which I believe no one has covered approximately on; again, I want to highlight the mental health on BAME people also.

Finally, I want to express the education on society as one of my manifesto priorities because I feel the reoccurring themes, for example: misogyny, colourism, micro-aggressions etc., are not talked about, in today’s society, and I would like the young people to be aware of these things and for them to not go unnoticed. 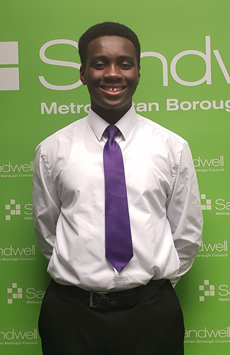 Free Bus Transportation for all school children within the Sandwell community moving about in this area can be very hectic in the morning especially at 7.30am and 9.30am. Letting school children travel on bus for free will reduce the traffic as parents won't need to drop their children in the morning.

Finally, Knife Crime has been a problem that has been rising despite the numerous attempts to try and reduce the numbers. On 5th of December 2018, The Guardian released an article regarding the Knife Crime in West Midlands. The Article mentioned that Schools in West Midlands, especially Sandwell are fuelling violent knife crime by excluding pupils.

Vote for Steve as I will try my best to address these issues to make Sandwell a better place to live in.

Hey everyone, I hope you are all fine and well. So, who am I? 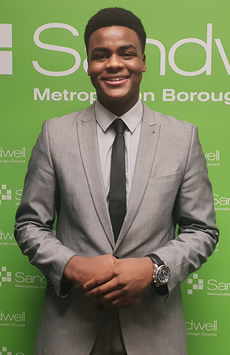 Well let me tell u something....... everybody has someone. Loneliness affects everyone and loneliness is OUR problem. Loneliness is the reason someone may think they need to join a gang, in order for them to feel like they have someone, and if you elect me I promise and I vow to get access to training, workshops, mentorship and centre's where you can go to speak and mix with different people of different religions and culture's and you can talk to these people about the same issues you have without any fear of judgement.

I appeal to YOU
I want to help YOU
So, will YOU help me
Please vote for me.