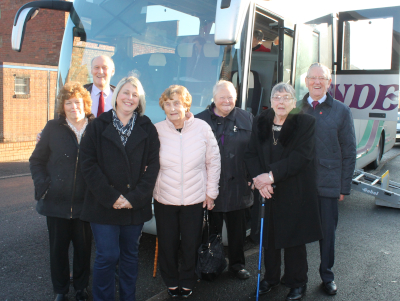 The excursion enabled elderly people including wheelchair users to socialise and go on a planned outing. Many of the group members were elderly and the outing contributed to reducing social isolation.

The group provided match funding to reduce the overall cost of the project.

The Christmas lights were switched on at 6.30 P.M.

The Christmas lights were switched on at 6.00 P.M.

The Christmas lights were switched on at 6.30 P.M. 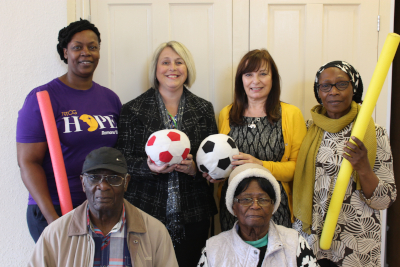 New Testament Church of God have requested funding to help start a Seniors Day Centre to reduce social isolation and provide positive opportunities that will enable members to form friendships and participate in activities that will contribute to physical and mental health wellbeing.

The project will involve healthy eating and meal preparation sessions to help encourage people to bake and share recipes.

There will be planned activities such as arts and crafts, sewing, knitting dominoes, scrabble and other similar board games. There are ICT classes planned with young members.

The funding from Local Area Budget has helped contribute towards the set-up costs of a fridge freezer, kitchen trolley, various board games, laptops and costs for EMBRACE healthy option sessions. 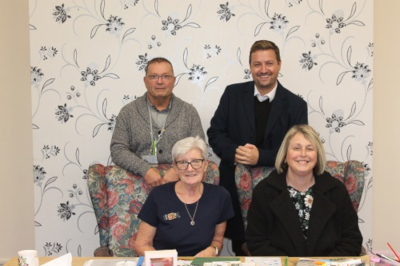 Murray Hall have requested funding to contribute to the delivery to increase the number of clients by arranging trips for current and possible new clients at the SPARCS project.

The funding from Local Area Budget has helped contribute towards the 4 trips of Jinney Ring Garden and Craft Centre, The Black Country Museum, The National Memorial Arboretum and Weston Super Mare.

The trips will help with reducing loneliness, isolation, low self-esteem, depression and poor physical health and give the group a chance to visit locations they haven’t seen since young. 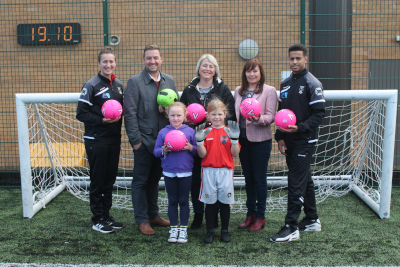 Tividale Academy aims to increase access to sport, mentoring, physical and social development by health fitness and education to raise their aspirations of participants of young people and adults.

Tividale Academy will be delivering a minimum of 40 weeks of football to its participants. The sessions will be for 2 hours per week and will be targeted at females only.

The funding from Youth Offer has funded purchase of set-up costs for the project such as pitch hire fees from Sandwell Leisure Trust, purchase of equipment, coaching courses and FA emergency aid courses. 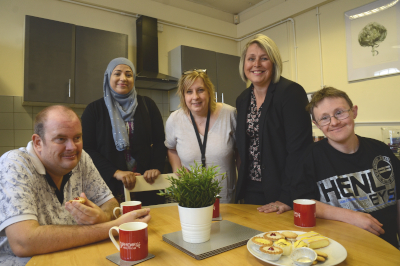 Options for Life requested funding to support one off purchases of equipment to support delivery of various skills sessions for vulnerable adults visiting the Whiteheath centre in Oldbury.

The funding from Town Grants funding has enabled purchases of equipment for the kitchen area, adjoining community room and decoration of the community room. Options for Life staff will provide workshops, cleaning, security, meal planning and DIY (decorating and IT skills) to vulnerable adults visiting the centre. 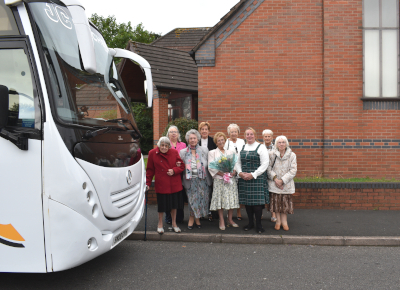 The project application received from an established group based in Sandwell that has not previously received funding from the Town Grants team.

The request for funding was to fund 40 people to go on an excursion to Patshull Park in Shropshire to celebrate the 70th anniversary of the setting up of the Tipton Townswomen’s Guild based in Oldbury.

The excursion enabled older people to socialise and go on a planned outing. Many of the group are vulnerable and may normally be isolated in their homes.

A £490 grant has been given to the Oak Tree Centre organisation to help them to set up a uniform bank to help people on low incomes to provide school clothing for children.

Sandwell Council's Town Grants team has awarded the money to the centre, which is based at the King's Community Church in Tame Road, Oldbury.

The group asked for funding so that they would be able to help as many families as possible faced with the expensive task of providing school uniforms.

Hundreds of people joined together for a community party in Langley Park in Oldbury over the weekend.

Sandwell Irish Community Association hosted the Peace Day Revisited event to mark 100 years since a similar “Peace Day” party in 1919 – where the people of Langley celebrated a year of peace since the end of the First World War.

The event was made possible thanks to a town grant of £1,293 from Sandwell Council’s Local Area Budget.

Oldbury is also benefiting from a number of borough-wide projects funded by town grants.