MySandwell, our phone lines and payments will be unavailable on Saturday 11 February and Sunday 12 February.

Normal service will resume at 8am on Monday 13 February. Essential maintenance means we will be unable to process MySandwell requests or payments online or by phone during this time.

A brand-new music school will be built in West Bromwich with the City of Birmingham Symphony Orchestra (CBSO) and Shireland Collegiate Academy Trust.

The Department for Education recently approved funding for the Shireland CBSO School - a new non-selective and non-fee paying specialist music school in Sandwell to be run by the Shireland Collegiate Academy Trust in collaboration with the CBSO.

It will open for year seven and Year 12 pupils in 2021, growing to a maximum capacity of 870 students aged 11-18 by 2025. The school will be the first in Britain to be established in collaboration with an orchestra and marks a radical new approach to music education, innovatively addressing the much-publicised decline in the position of the creative arts in many schools.

The school will be based across two sites in the town of West Bromwich. The two sites earmarked are the site of the former Gas Showroom occupied on the High Street and Providence Place next to Travelodge, West Bromwich. 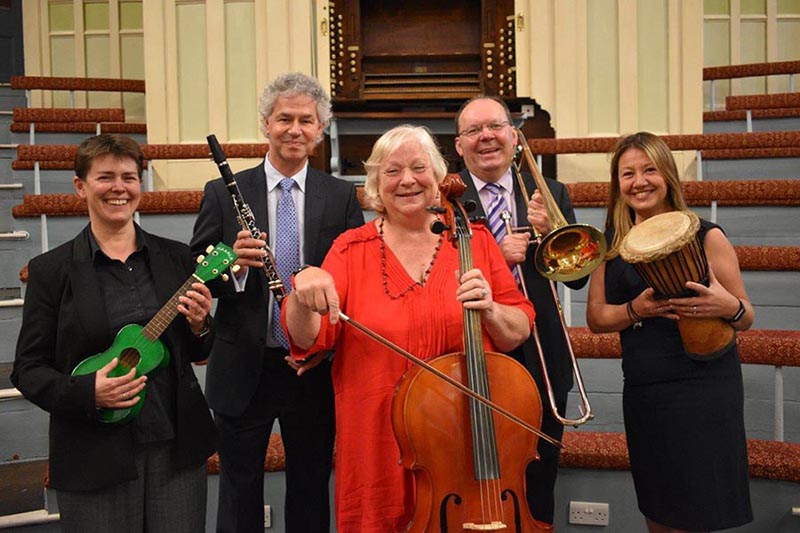 Every child will be given the opportunity to learn a musical instrument, with tuition delivered in partnership with Sandwell Music Service, and to participate in choirs and ensembles as well as regularly attending CBSO concerts at Symphony Hall.

Work has been completed on the development of West Bromwich Collegiate Academy off Kelvin Way. The new school opened in September 2019 to 150 year seven pupils. Each year another 150 pupils will join until the school gets to its capacity of 750. The new building will be built over three stories and includes 15 classrooms, specialist science rooms, a large hall, a library and a suite for children with special educational needs and disabilities. 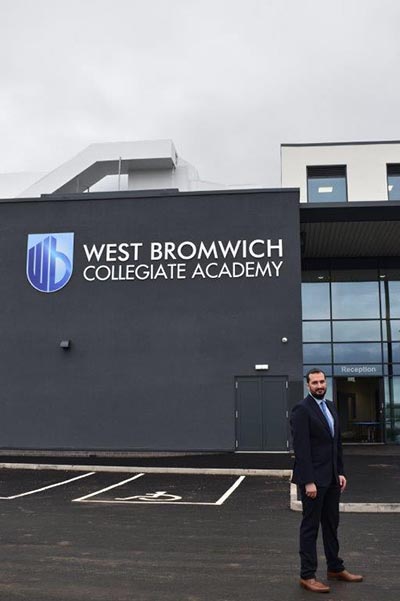 Shireland Collegiate Academy Trust will run the West Bromwich school. They have a proven record of running an Ofsted rated 'Outstanding' high school in Smethwick along with many primary schools both in Sandwell and further afield.

Work on a major improvement scheme in Carters Green has been completed, enhancing the environment and public space. This has improved the areas image, making the area more user friendly and having a positive impact on local businesses and retailers.

With highways improvements, new paving, seating and street lighting along with trees and the creation of a new public square and events area, the council appointed Fitzgerald Contractors to deliver the project, which was completed in December 2019.

The £1.1 million public realm and highways project has delivered increased on-street parking, better and safer crossing points for pedestrians, and realignment of the road to slow down vehicles and improve traffic flow.

Other benefits include easier access to the existing car park by the YMCA, relocating bus stops to offer a better service for users and installing security cameras. Public realm improvements have improved the attractiveness of the centre, increasing dwell times of pedestrians and Carters Green's popularity as a destination. 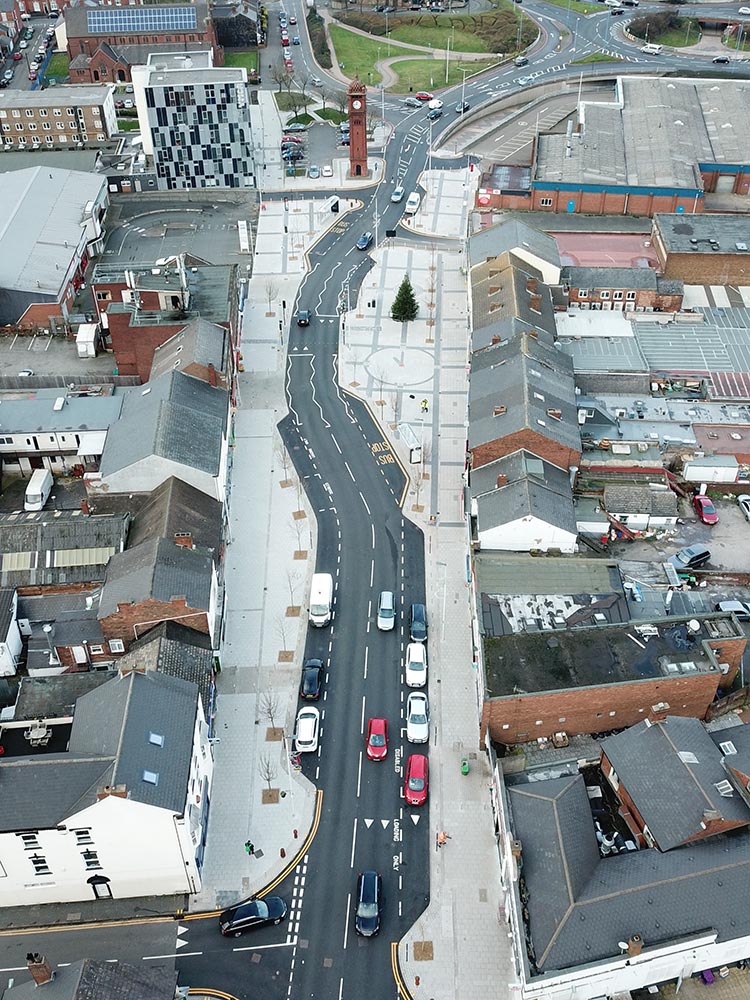 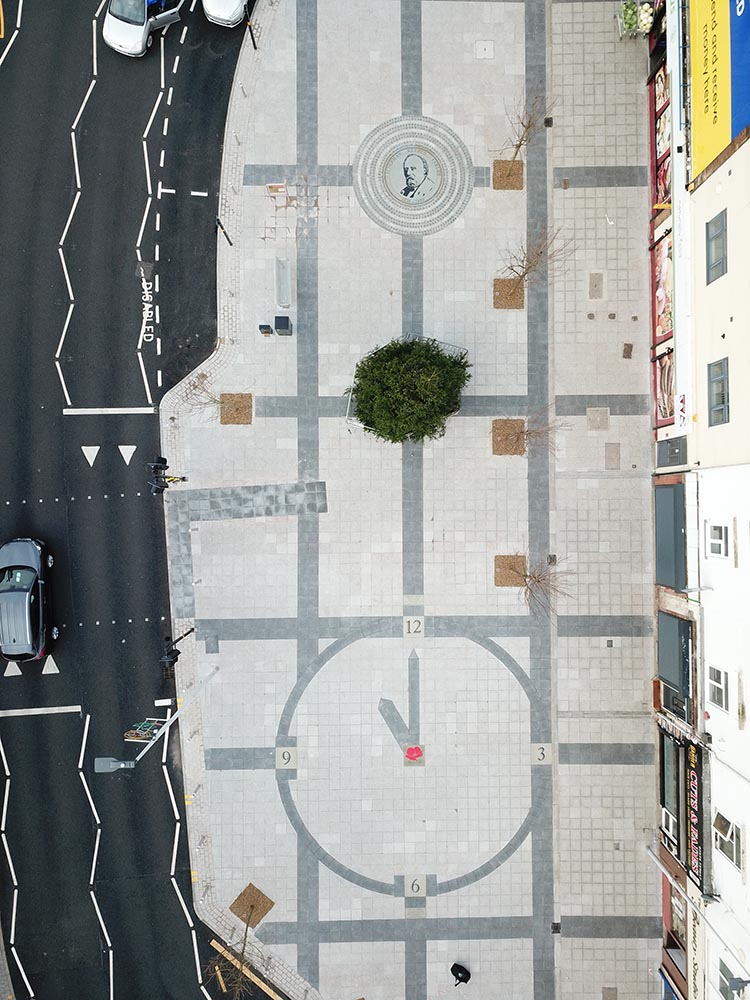 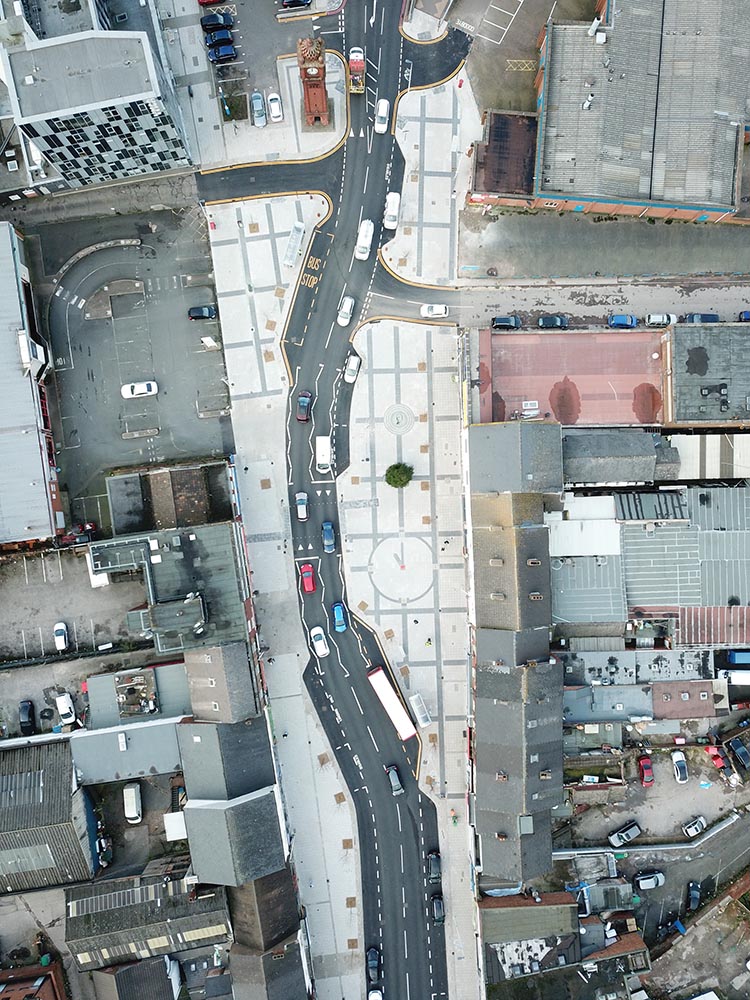