Check the latest advice on COVID-19 including national lockdown restrictions → Police and council teams in Sandwell are targeting nuisance being caused by off-road motorbikes.

You can report motorbike nuisance to independent charity Crimestoppers anonymously on 0800 555 111 or call the police on 101.

Report motorbike nuisance to the council

You can also report other anti-social behaviour to the council.

Although motorbikes can be ridden on private land, the rider must have the land owner's permission.

Riding motorbikes in public open spaces, or without a private land owner’s permission, can result in prosecution.

What the police and council are doing 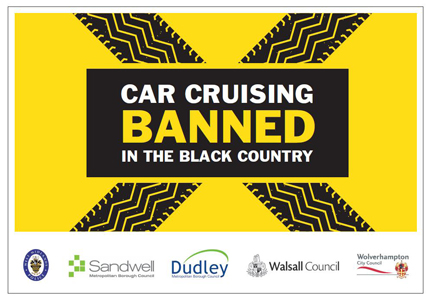 Police and council teams can also use the Black Country's ground-breaking car cruising injunction order to help tackle the problem.

It is already illegal to ride a motorbike in public open spaces such as parks and play areas and on pavements. In addition, these activities may also fall foul of the car cruising injunction order.

The High Court order applies where there are two or more vehicles – including motorbikes – which are involved in things like speeding, racing and performing stunts, causing problems such as risk of injury and damage, noise and nuisance to others. Promoting, publicising and organising rallies on public land involving vehicles – including motorbikes – is also banned under the order.

Anyone suspected of breaching the injunction will be at risk of being in contempt of court, for which an adult can face up to two years in prison, a fine or seizure of assets (which can include the vehicle).

Report motorbike nuisance to the council